Digitalisation of transport documents in rail

ACHIEVEMENTS AND CHALLENGES OF CIT

Who is the CIT?

Headquartered in Bern (Switzerland), the International Rail Transport Committee (CIT) is an association of some 200 railway and shipping companies active in the international carriage of goods and passengers. Our members include railway undertakings from the 50 countries in which COTIF governs international carriage by rail. CIT’s work focuses on the application of international transport law at the railway undertaking level, on what is known as “legal interoperability”. We develop standardised carriage documents such as consignment notes and other relevant documents, e.g. general terms & conditions, boilerplate contracts for sub-contracted carriage, etc. We also provide our members with the documents they need to manage after-sales processes, such as the formal report for loss & damage. Some of CIT’s members are shipping firms applying railway transport law in rail-sea traffic on specifically-defined sea shipping routes. We also collaborate with representatives of the road haulage industry to simplify the framework conditions governing contracts and liability in intermodal traffic. 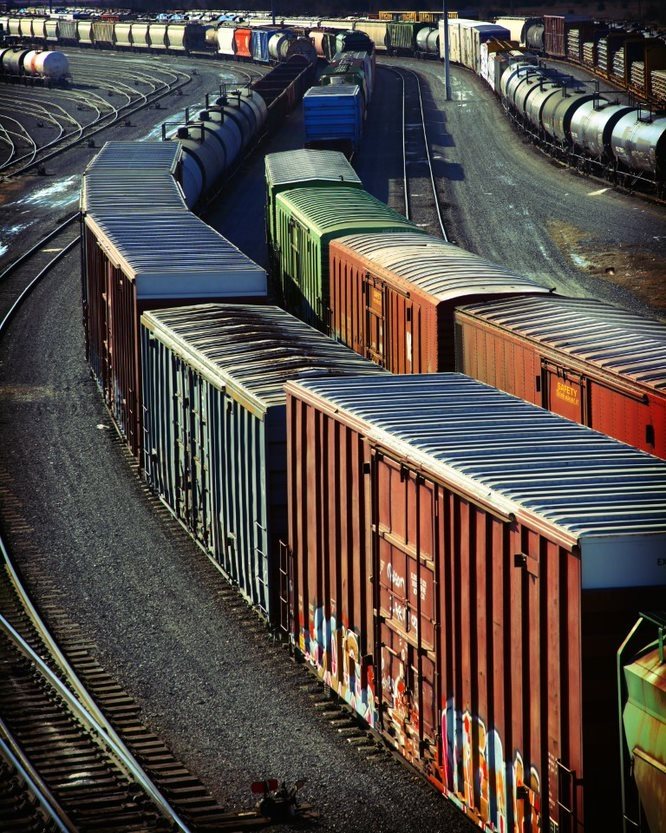 Unlike road, air and sea shipping, all of which work under a harmonised set of international rules, the railways suffer from a multiplicity of legal regulations across a range of different levels. Thus, to organise an international movement, railways must observe not only national law but also the EU rules on corridors, EU legislation more broadly, as well as COTIF and - in Eurasian traffic - the SMGS (the laws governing freight transport in the countries along the Eurasian corridors). Attempts by UNECE (United Nations Economic Commission for Europe) in Geneva to draw up a harmonised body of law to govern Eurasian transport have made slow progress.

The legal basis for digitalising the documents needed for international carriage by rail can be found in Appendix B to COTIF (CIM). The CIM (Uniform Rules concerning the contract of international carriage of Goods by Rail) dates from 1999 and governs the details of the consignment note. In rail transport, the consignment note is not just evidence of a contract of carriage; it also offers the railways a medium via which to communicate information necessary to the performance of the movement to infrastructure managers and other railways in the transport chain. This information may include the type of goods carried, details of braking distance calculations, etc. The paper consignment note is also used by customs authorities as the basis for the simplified transit procedure. However, this role is to disappear with the introduction of the new EU Customs Code for railways.

Article 6 § 9 CIM provides that the consignment note may be compiled electronically, on condition that “the procedure used for the registration and treatment of data must be equivalent from the functional point of view”.

There is thus adequate legal basis for the use of a digital consignment note in the rail sector. In accordance with Article 6 § 8 CIM, the international carriers’ associations, together with the international customer associations and the bodies responsible for customs matters, have been given a mandate to draw up the necessary specimen for a uniform consignment note.

Starting from the legal basis provided by CIM, CIT and the railways have together developed the legal and functional specifications for the electronic consignment note and wagon note. Each set of specifications has been published in a manual (GTM-CIT and GTW-CIT, respectively) and has been available to railway undertakings and customers since 1.1.2017. In collaboration with RailData (a UIC Special Group and international organisation of freight railway undertakings whose job is to develop and produce centralised information and data exchange systems for European freight rail transport), the technical specifications for the electronic consignment note and wagon note have now also been developed. The information will be exchanged via a shared technical platform (ORFEUS) owned by the railways and operated by RailData. Currently, sixteen European freight RUs participate in the ORFEUS system. 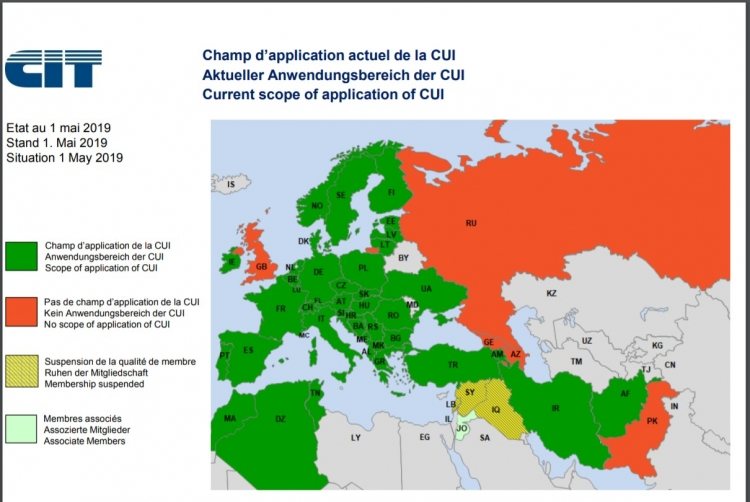 Why are things not moving faster?

From CIT’s viewpoint, there are five key barriers currently hindering the wider uptake of the electronic consignment note by the railways.

Firstly, introducing the electronic consignment note involves significant investment costs, both for IT and for adapting and updating processes. Given the current profitability - or lack thereof - of many freight RUs, there is little latitude for costly investments.

In exchanging information with the authorities (business-to-administration), many governments still insist on paper documentation (for instance, for dangerous goods). The consequence of this is that a paper document stream needs to be maintained in parallel to the electronic data exchange.

Some countries (e.g. Hungary) simply do not recognise the electronic consignment note.

A comparative analysis carried out by CIT shows that the legal recognition of the electronic consignment note as evidence of a contract of carriage varies widely from one country to another, creating uncertainty amongst participants. Such uncertainty does not exist with the paper consignment note.

Last but not least, the paper consignment note can be used as a customs document in the simplified customs procedure for rail, saving the railways time and money in performing customs clearance formalities. The new EU Customs Code does away with the simplified transit procedure for rail. The rail sector is currently working with the customs authorities (DG TAXUD) to seek ways of applying the NTCS customs formalities which work for the railways. However, no specific solution has yet been identified, meaning that many railways are still putting off the decision to transition to an electronic system in order to avoid the additional costs of later having to adjust their system for a second time.

The use of the electronic consignment note in Eurasian traffic

On this project, CIT is working closely with OSJD (Organisation for Cooperation between Railways, based in Warsaw). Work on digitalising the CIM-SMGS consignment note is progressing well. The associated legal and functional specifications will be released on 1 July 2019, as of when they will become available to the railways involved. We assume that, using these specifications, the railways involved will swiftly begin converting to digital solutions on the Eurasian corridors.

As is widely known, digitalisation is one of the European Commission’s top priorities. On 12.3.2019, the European Parliament adopted a new proposal for a regulation of the European Parliament and of the Council on electronic freight transport information (eFTI). Alongside this, the Digital Transport and Logistics Forum (DTLF) continues to work on implementation-related matters. The goal of this work is to create an obligation for Member States to recognise information provided digitally. The proposal is voluntary in application for companies, meaning that it will remain possible to continue using paper documents. It is multimodally focused, so the provisions will apply not only to rail transport but other modes too. Technical provisions ensuring interoperability between IT systems are also planned. Unfortunately, while negotiating the draft proposal the European Parliament made changes to some key parts of the text. Thus, under the new draft market participants are now to be obliged to submit documents electronically, whilst the requirements are also to be extended to business-to-business information flows. Finally, the European Commission is set to be granted much more far-reaching powers over implementation of the technical solutions.

From the railway perspective, the changes made in the Parliament’s proposal go too far. The amended draft takes no account of the fact that railways are already well advanced on the road to digitalisation and that great care should therefore be taken to avoid existing solutions and earlier investment becoming obsolete in the light of the new rules. The all-encompassing regulatory approach also seems excessively dirigiste. In the B2B context more than any other, freedom of contract must offer parties the latitude to agree efficient, business-focused solutions for data exchange (let us not forget that the consignment note is first and foremost evidence of the contract of carriage concluded between the parties). If regulation is too intrusive, this will swiftly hinder innovation.

It is also best if regulation avoids prescribing specific solutions that are not universally interoperable. Thinking of multimodal needs in particular, the framework conditions for global transport chains should not be made to suffer from the existence of insular European solutions. We hope that the draft will be rectified to take account of the points above during subsequent negotiation rounds, in particular at the level of the Council of Ministers.

We are confident that digitalisation in the rail sector can be progressed swiftly and across-the-board digitalisation in B2B information flows achieved, on condition that the regulatory environment fosters this development and assuming that the difficulties surrounding information flows with the authorities are resolved. The solutions found must also be directed to the needs of global logistics chains, and thus of business.